Bandages are a procedure that involves wrapping a part of the body that is injured . For this, gauze, canvas, bandages or other materials are usually used. The injury can range from something muscular, like a contracture, to a wound that bleeds markedly.

Bandages have been used throughout history. Hippocrates, who was an ancient Greek physician on whom many aspects of present-day medicine continue to be believed, is believed to have been the first to apply a bandage to treat a venous ulcer.

However, older civilizations, such as the Egyptians, already used them for other purposes. Currently, almost the entire population uses it daily in the event of injuries or bruises . Therefore, in this article we explain everything you need to know about bandages.

What are bandages for? 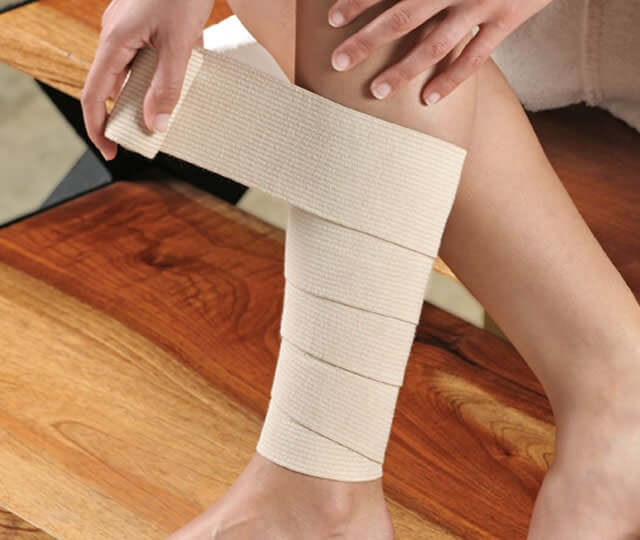 As you already know, bandages can be of different types and have multiple different uses. Most often, they are used to protect wounds, preventing them from infection and helping to stop bleeding.

They are also often used to limit the movement of a specific limb or joint , as in sprains . In the same way, they help to fix splints or to support some part of the body.

Bandages can be helpful in aiding venous circulation . This is useful in people who have edema in the legs, for example. They allow to fix dressings and medicines and, to emphasize it, they serve to stop hemorrhages.

In this way, in summary, we can say that bandages can be: 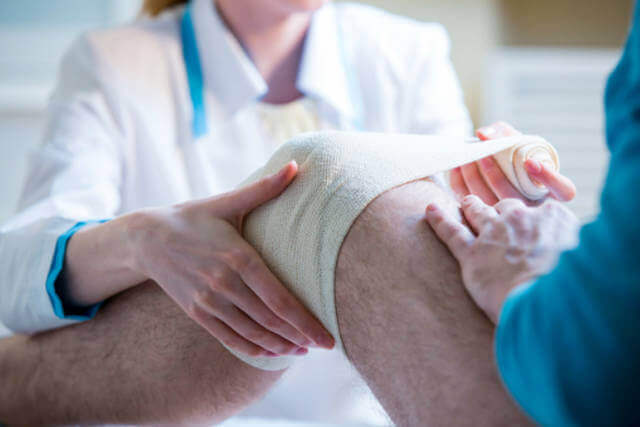 Normally, the bandages are made in different ways depending on the purpose. For example, a circular bandage is often used to hold a dressing on one arm or leg . To do this, the entire member is wrapped in a ring, as its name indicates.

On the other hand, there is the spiral bandage , which is used more to hold splints in the hand, arms or legs. In this case, the bandage used is elastic and is placed following a spiral.

Herringbone bandage is very similar to spiral bandages . The difference is that you go backwards with the bandage and, in the end, the two laps are crossed. It is used more on the lower limbs to aid venous return .

There are also so-called ‘eight ‘ bandages . They are the ones that are usually placed on the joints. To do this, begin bandaging under the joint, making several spiral turns with the bandage. We pass the bandage up, as if drawing the upper part of figure eight. Once we have done a couple of turns in that part, we lower the bandage again.

You have to alternate ascending and descending turns, and you get an eight-shaped bandage. There is a special form of eight bandage that is used to treat clavicle fractures , where the number eight is formed on the back of the patient’s back, pulling the shoulders back.

Finally, we find the recurring bandage . It is the way to bandage the head or an amputated limb . To do this, the bandage is worn from the front to the back, covering the entire area. Then circles are made to fix this horizontally.

Read More:   Benefits of drinking water on an empty stomach after getting up

Do they have any risk?

Like any other treatment or technique, bandages can also have certain complications . Especially when they are used without knowledge or without being fully indicated.

When a bandage is overtightened, a compression syndrome can develop . This occurs when oxygenated blood cannot reach all parts due to compression. The isolated parts become cold and bluish in color.

Also, bedsores or ulcers can occur from the use of very rigid bandages . Similarly, it is common for the skin to macerate if the bandage is applied to a wet area.

Bandages are a very useful technique for treating many injuries, from simple wounds to bone fractures. However, it is recommended that they always be performed by a professional who knows the technique and the instructions for doing so.

Best Indoor Sports To Play To Stay Fit In Winter